RRB JE Exam 2019 - Every year the Railway Recruitment Board (RRB) invites application from new employees through recruitment exams. The official notification was released back in December 2018. According to the official notice released by RRB, there are more than 13000 vacancies. The job posts, as well as the required skill set from the candidates, are mentioned below.

As per the official notification, the exam forms for RRB JE recruitment were released on the official website on 2nd January 2019. The last date of submission for RRB 2019 entrance form is 31st January. Apart from this, the notification for when the exam is to be held has not been notified yet. However, the date for the CBT 1 exam April or May 2019. CBT 2 will probably be held at the same time.

The RRB entrance will recruit employees for the job spot of Junior Engineer posts and other posts such as the post of Depot Material Superintendent (DMS) and for the post of  Chemical & Metallurgical Assistant (CMA) in the Indian Railways. However, it must be noted that only those candidates who obtain valid scores as per the RRB will be elected for the job posts.

As per the RRB notification, which was released by RRB in December 2019. There are more than 13000 vacancies. All candidates can apply for the job they are interested in by selecting the job post on the official website. Here are the details of the various vacancies in the Indian Railways:

The total number of job posts available at the Indian Railways is 13,487 for the recruitment process which is to be undertaken in 2019.

The recruitment notification was released back in December 2019. However, all the details of the exam are available on the official website. Although there are speculations about the exams for tests and various other things, it is advised to wait for the official release of the same.

For the candidates to find recruitment in the Indian Railways, the candidate should make sure that they fill the form for 2019 RRB recruitment process in the stipulated time period. Here are all the details that an applicant needs to keep in mind:

The RRB JE recruitment is done according to a strict set of RRB JE Eligibility Criteria. Any interested candidate should make it a point to read through the various instructions on the official channel and make sure that they fall under the eligibility criteria. For a candidate to appear for the exam, the candidate needs to be eligible as per the RRB guidelines.

RRB’s railway recruitment is done according to the following information:

Here is a table to show the eligibility criteria of RRB as given out for the RRB JE recruitment 2019:

The RRB JE recruitment is done through online means alone. The exams are conducted online and are computer-based. For a candidate to appear for the entrance exam in 2019, the candidate should make sure that they fill the applications on the correct time. Here is all that you need to know about the forms, dates, and fees:

Apart from this, to have detailed knowledge and understanding of the RRB JE application form, where can you find them, the websites for various regions and how to fill them, then click here (insert link here).

There are about 20 RRBs in India. Click on this link (Application form) to have all the details.

Although we have a detailed page on the same matter, which you can find here (insert link here), here is a brief understanding of the RRB JE Exam Pattern:

As with the exam pattern, we have taken time out to create a detailed page for the RRB JE syllabus. However, to make things easier for you, here is a brief list of the things you will need to cover:

Here is a brief list of subjects to be included for CBT-2:

The candidate will have to make sure that they read through the topics that are mentioned in the official notification.

The section on important books to read has some helpful books that offer candidate access to previous year questions. (Question papers will be updated soon)

Since the dates for the exams are not released yet, it is hard to say when the RRB JE admit cards will be released. The admit cards are usually released ten to fifteen days before the exam. You should keep tabs on the official website to know more.

Once the railway recruitment exam is conducted, the results will be released on the official channel only. Furthermore, the RRB JE results are released according to the various regions the candidates applied for.

The RRB selection process is done according to the following steps:

The candidates are selected according to the overall score of the exam, document verification, medical tests, and personal interview.

The RRB exam is held in various languages. This is done to make it easier for students from different regions appearing for the exam. Here are some of the languages that the exam is held in: 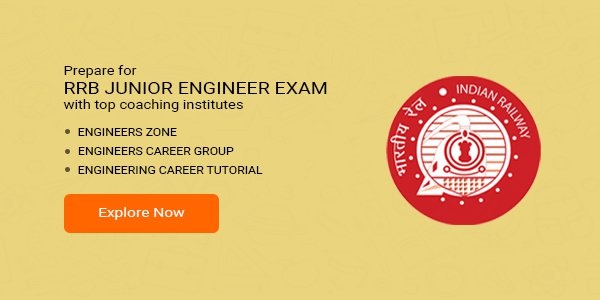 The candidates should make a note of their registration number and keep checking the official website for more information. The candidates should keep a copy of the transaction ID, and other relevant details as well. Apart from this, it is wise to make sure that the communication details filled out by the candidate do not go out of service.