The approach to study Indian Economics remains crucial as it is a very relevant subject for the preparation of Prelims as well as Mains exam. Aspirants are expected to be well versed with the basic concepts and fundamentals of Indian Economics. As an administrator, they are expected to study, analyse and resolve the issues pertaining to economical kind to suit the nation’s interest.

To begin with, let us look into the approach to study the Indian Economy. First of all, one should learn the basic terminologies to understand Economics. Once you build the fundamentals, it will be easy to analyze and apply those concepts for your next stage preparation i.e. while you read daily current affairs or frame your answers for Mains Exam.

Economics is derived from the Greek word “Oikos Nomos”. Oikos means family, household, estate and Nomos means law, customs etc. Adam Smith is known as the father of Economics. The essence of Economics is to apply logic scientifically to manage limited resources. It is about making choices in the of scarcity.


India’s emergence into independence in 1947 came with a host of problems. The most fundamental ones were widespread poverty and a chronic lack of resources. In addressing this dual developmental challenge, policymakers at the time had two ideological pathways to choose from.

Every country has its own pecu­liarities of economic planning, and India is no exception to this. Indian history of planning can be divided into three periods: pre-independent, 1951- 1991 and 1991 onwards. Independence came to India with the parti­tion of the country on 15 August 1947. It suggested the setting up of a National Planning Commission and framing the policy of a mixed economic system. Inflation is “a rise in the general level of prices”. inflation affects every citizen of the country, however rich or poor, it is a crucial determinant of a country’s economic and social progress. In India, inflation is measured on two price indices, viz, wholesale price index (WPI) and consumer price index (CPI).

Agricultural sector plays a strategic role in the process of economic development of a country. It has already made a significant contribution to the  of advanced countries and  role in the economic development of less developed countries is of vital importance. Agriculture is the most important sector of Indian Economy. Indian agriculture sector accounts for 18 per cent of India’s gross domestic product (GDP) and provides employment of around 50% of the countries workforce.

India has emerged as the fastest growing major economy in the world and is expected to be one of the top three economic powers of the world over the next 10-15 years, backed by its strong democracy and partnerships. Infrastructure is a key driver of the overall development of economy. Infrastructure is generally understood as the basic building blocks required for an economy to function efficiently. 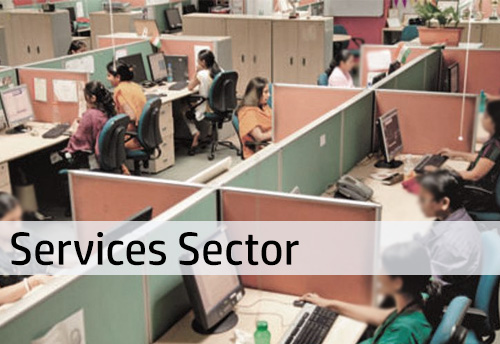 The services sector is not only the dominant sector in India’s but has also attracted significant foreign investment flows, contributed significantly to exports as well as provided large-scale employment. India’s services sector covers a wide variety of activities such as trade, hotel and restaurants, transport, storage and communication, financing, insurance, real estate, business services, community, social and personal services, and services associated with construction.

The banking sector is the section of the economy devoted to the holding of financial assets for others, investing those financial assets as leverage to create more wealth and the regulation of those activities by government agencies has an extensive banking network, in both urban and rural areas. The Reserve Bank of India (RBI) is the central banking institution. It is the sole authority for issuing bank notes and the supervisory body for banking operations in India.

The securities market has two interdependent and inseparable segments, the new issues (primary) market and the stock (secondary) market. The primary market provides the channel for creation and sale of new securities, while the secondary market deals in securities previously issued. The responsibility for regulating the securities market is shared by of Economic Affairs (DEA), Ministry of Company Affairs (MCA), Reserve Bank of India (RBI) and SEBI.

The external sector of a country's economy interacts with the economies of other countries. In the goods market, the external sector involves exports and imports. In the financial it involves capital flows. India is presently known as one of the most important players in the global economic landscape. Its trade policies, government reforms and inherent economic strengths have attributed to its standing as one of the most sought after destinations for foreign investments in the world.

International organizations uphold international agreements and support programs intended to help the global economy. Almost every country exports and imports products to benefit from the growing international trade.The growth of international trade can be increased, if the countries follow a common set of rules, regulations, and standards related to import and export. These common rules and regulations are set by various international economic institutions.

The tax structure in India is divided into direct and indirect taxes. Over the last few years, the Central and many State Governments have undertaken various policy reforms and process simplification towards great predictability, fairness and automation. This has consequently lead to India’s meteoric rise to the top 100 in the World Bank’s Ease of Doing Business (EoDB) ranking in 2017. The Goods & Services Tax (GST) reform is one such reform to ease the complex multiple indirect tax regime in India.

Public Finance in India also comes under the purview of a branch of economics which determines and assesses the policies of the Indian government stipulated in the annual finance budget. Public finance identifies that types and consequences of tax measures and expenditure on citizens, institutions, and the entire economy. Public finance is also concerned with improving and upgrading economic procedures that support governmental policies.